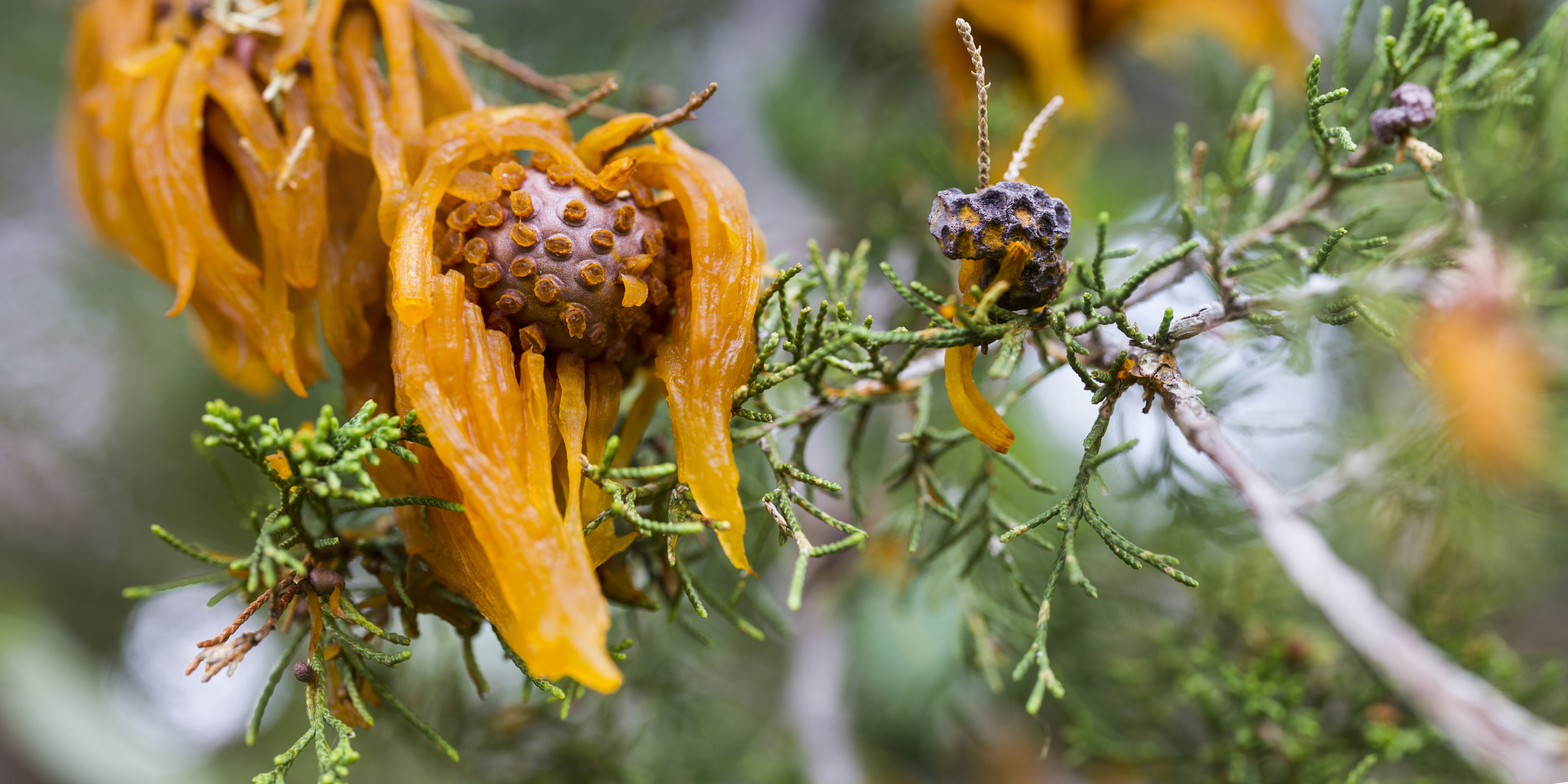 With the month of May having expired, I picked up my Gyres artworks from The Jordan Art Gallery this week. Though conversations with George Langbroek tend to fruitfully peel away the hours, I got away in time to stop by at Balls Falls Conservation Area. Distracted by sights and sounds near the trailhead, I did not even make it to the falls! Alongside an uncommon abundance of bird species (including bluebirds, woodpeckers, and various other musically-astute finches), I took note of a bizarre community of squid-like entities that appeared to burgeon on several of the Balls Falls cedars. What are these that are arrayed in orange robes? And from whence came they?

Mom, do we come from spores?

It turns out that Cedar-Apple Rust is a wind-borne fungus that alternates in its choice of host. Depending on the position of its lifecycle, you might find them attached to either a cedar or an apple tree. In an apple year, it manifests simply as leaf spots. But in a cedar year (especially after a late spring rain) you get these otherworldly growths. I can’t help but envision their tentacles as part of some underwater steampunk fiction. But for now, just enjoy the orange glow: