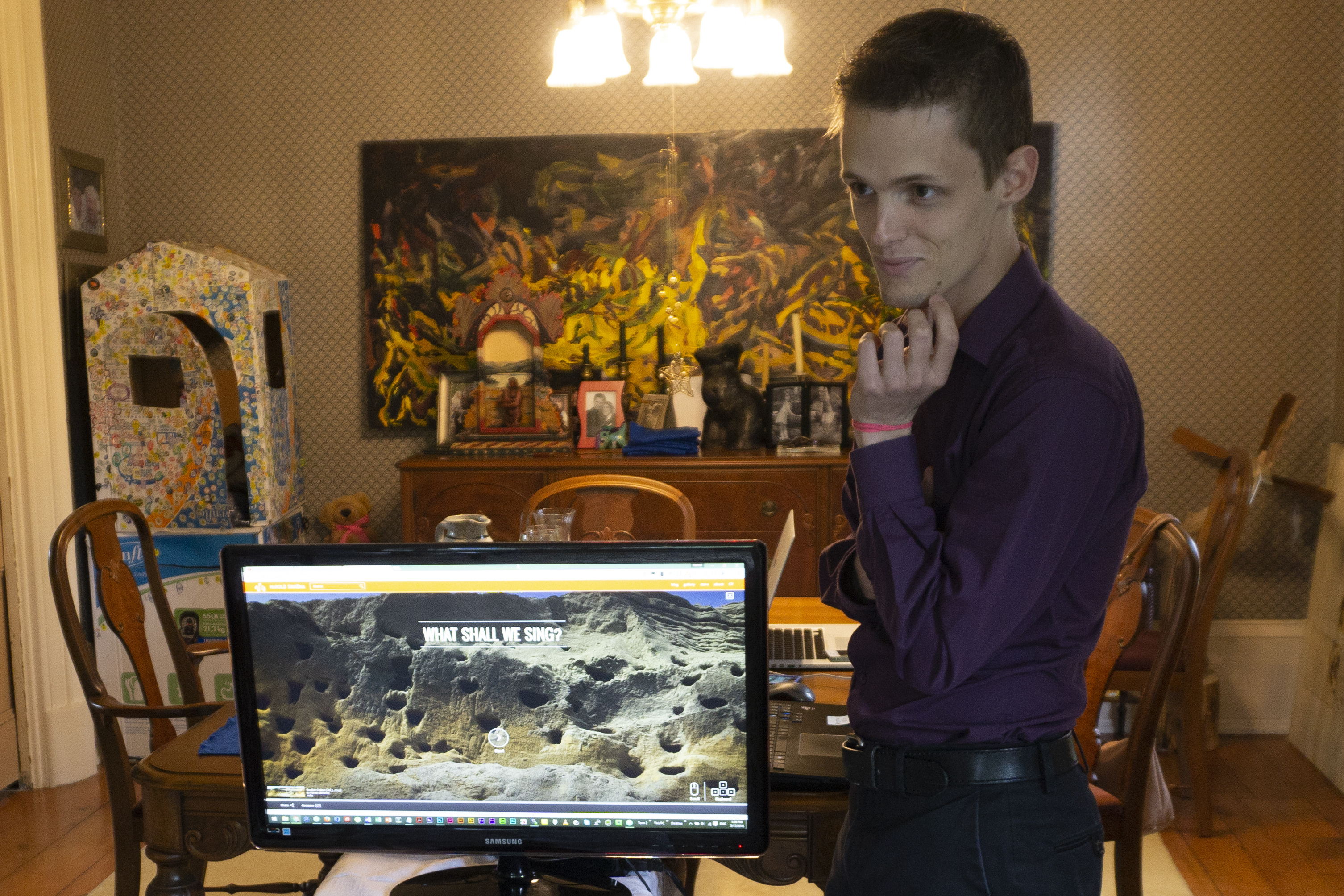 On Sunday, July 17, 2016, I presented my work at Salon Jacques, an artist gathering hosted by Fleur Ange Lamothe and Dean Gugler at their farm property in Brantford. It was the 17th in a series of Salons, in the memory of Jacques, Fleur Ange’s late relative, whose name also forms an acronym: “Just Ask Curious Questions Until Enlightenment Shows”.

I described my work with panoramas, and my attempts to read them as musical scores. In particular, I focused on an image of Swallow burrows along Lake Erie. The birds find themselves declining in population. We found ourselves relating to the swallows in various metaphorical levels. We tuned our smartphones in to the wifi, and traversed the image, making sounds that corresponded to the way their burrows were plotted along the cliff face.

The livingroom setting as well as the vibrant outdoors, including a reflective romp through the on-site labyrinth made fro a bright and engaging day. During our time outside, several songs came into our minds. Jean recalled the Song of Community, While Khalil remembered an Islamo-Christian rendition of Ave Maria, sung during the funeral celebrations of the death of the Lebanese President R Hariri, a Sunni Muslim, killed by a bomb in Beirut. Here it is, performed by Tania Kassis:

This interweave of “Allahu Akbar” with “Ave Maria” represents to me a rare moment in which inter-religious understanding is brought into a public forum through music. It serves not only as a beautiful expression of how we need each other’s differences, but also a lament for how rarely such understanding actually happens. That we can have artful and critical conversation at all has been the miracle of the day.

Thanks to Jean, Laila, Ronna, Arlene, Debora, Khalil, Paul, Keith, Dean, and Fleur Ange for a memorable meeting of minds.